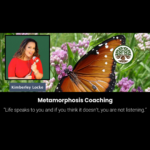 Conversations with Doc Martin
Kimberley Locke: From Nashville to L.A. and Everywhere in Between

Welcome to the premier of Season 2 of Conversations with Doc Martin, where we talk to extraordinary people doing extraordinary things. This week is certainly no exception. Today I am joined by none other than the last woman standing on Season 2 of American Idol, founder of I AM Entertainment, host of “What’s Cooking with Kimberley,” and co-host of Everyday Emeril: Kimberley Locke!

Kimberley and I have quite a bit in common between coaching, cooking, and YouTube shows, and we begin our conversation discussing how a girl from Tennessee ended up on American Idol. Kimberley stresses being able to “connect the dots of life” and how nothing that happens in life is an accident. Each decision we make matters just as much as every other decision, and ultimately leads us to where we are meant to be. Having an open mind and the realization that each decision matters not only lead her to American Idol, but ultimately lead her path once American Idol had concluded.

One of the biggest things Kimberley says she has learned throughout her career is how to make the best possible decisions when perhaps no is the best answer. She says that she believes in the power of creating the world you want to live in, and being deliberate in your decisions helps facilitate that process.

We move on to talk about how the popularity of American Idol lead Kimberley to appreciate the every day things in life that we often take for granted. The celebrity that comes with being on such a popular show has lead to a loss of anonymity, and the importance of remaining grounded and true to yourself becomes paramount when it can be easy to lose sight of those aspects of life.

Following American Idol, Kimberley got a deal to take part in Celebrity Fit Club on VH1 and be a spokesperson for Jenny Craig, leading to a lifelong interest in healthy eating and cooking. Kimberley then got the opportunity, through her new found cooking interests, to co-host Everyday Emeril with famed chef Emeril Lagasse and to start her own cooking show on YouTube “What’s Cooking with Kimberley.”

In 2011, Kimberly founded a company for artists run by artists called I AM Entertainment, LLC. During her time on American Idol, she became the matriarch of sorts to other contestants, and embraced the role of someone who can be inspirational, motivational, and that could provide advice to others. When she did not renew with her label, she became an independent artist and started the company, leading to other artists wanting to be involved with the project. Even though I AM Entertainment is a management group of sorts, Kimberley says she sees herself more as a consultant than anything, putting her current role in line with the role she embraced going back to the early 2000’s

Kimberley and I move on to discuss where people often get stuck in determining their direction in life. Ultimately, we all must understand that the only person that you need to get to know, understand, and believe in is yourself. If you do that, it makes finding a direction free of the burdens of judgement much more doable. Good bad, or indifferent, how we respond to our circumstances shape us and allow for growth, or lack thereof.

You can learn more about Kimberley Locke by checking out her website and all of her social media and World Wide Web presence! Also, be sure to check out her new Christmas Album available below from apple music!

Remember, life speaks to you, and if you think it doesn’t, you’re not listening