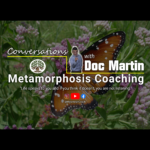 Conversations with Doc Martin
Episode 12: From Professional Sports to Coming Out and Moving On with Dr. Matthew Hatzke | Interview

In today’s interview, we talk to Dr. Matthew Hatzke!

Dr. Hatzke is an endodontist who lives in Sacramento, CA and owns a dental practice in Lodi. Prior to following his parents footsteps in dentistry, Matt played soccer at Santa Clara University and was later drafted by the L.A. Galaxy of Major League Soccer. He was then traded to his hometown team of the San Jose Earthquakes and played there in 2008. Matt is a very proud member of the LGBTQ+ community and has shared his story publicly about coming out and the struggles he faced in the world of professional sports. Now he’s committed to being an integral part in the continuing struggle for equality, visibility, and acceptance.

Matt starts out by telling us a little bit about his backstory and how he got into professional sports. Growing up with two brothers who also played sports competitively, he said it was something that they as a family just enjoyed. One of his brothers also played in major league soccer, so he kind of joked that for a little while in college they were actually rivals.

We then go on to discuss how when Matt decided to come out, one of the questions he got asked most often was “When did you know?” and, as is often the case, he said how when he was growing it up was always something he kind of knew, but didn’t have a way to identify it. He talks about going through his own personal acceptance as the biggest challenge, but made the conscious decision that because he didn’t have the visibility he sought out when he was younger, that he wanted to be that visibility for the generations coming up now.

We talk about all of this and much more in our full interview, check it out on Conversations with Doc Martin!